Accurately foretelling the future is Mary’s unique passion and skill. In 2000, soon after launching The Center for the Future of China at Peking University, and when she was still at The Institute for the Future in the Silicon Valley, she founded a new company focused on innovative and visionary strategies to navigate the future, Global Foresight.

While organized as a research-based think tank, Global Foresight was founded with the mission to additionally be an engaged ‘do tank.’ Like other forecasting organizations, Global Foresight’s methodology is rooted in deep and ongoing analysis.  But unlike others, this unique ‘do tank’ differs in two fundamental ways.

First, Global Foresight is holistic.  Its fusion-based approach is not limited to a single sector and focuses broadly as well as deeply, analyzing demographic, technological, economic, social and political forces. This fusion approach of founder Mary O’Hara-Devereaux then hones in on the specific trajectories to determine how these trends will intersect, yielding a far more textured and comprehensive portrait of the future.

Second, the core goal of the firm is what we call “foresight activation.” Its mission is not just to foretell the future, but to actively diffuse these insights into the operations of businesses, NGOs and other institutions as concrete, actionable strategies. A strategic “thinking partner,” Global Foresight not only helps you see what lies ahead, but also helps you develop a plan of action and the leadership skills necessary to guild you successfully into the future.

The Emergence of a Unique Approach

While Global Foresight’s creation had many influencers, the most proximate incubator was the “Innovation Lab,” a late 1990s pilot initiative of Mary’s that was to become the Silicon Valley’s first foothold in SoMa, San Francisco’s South of Market District. The area that is today home to scores of tech companies, including Twitter and Google, was still a neighborhood in transition, one of warehouses, artists’ lofts and an underground rave, punk and independent music scene. Then a director of the Institute for the Future in Palo Alto, Mary founded the “lab” as an early effort to take the insights of forecasting in a more sleeves-rolled-up direction. It was an initiative to move closer to client operations and diffuse knowledge to diverse businesses in ways not possible in the venture capitalist culture that prevailed along Sand Hill Road where IFTF was located.

While founding the “lab” Mary was also founding the Center for the Future of China at Peking University, another pilot spin-off originally from IFTF whose energy continues to inform Global Foresight’s work on China and emerging markets today. Straddling the Pacific with these two initiatives, Mary sought both to unfold the tools of forecasting before new audiences and also to nurture ties and understanding between U.S., Chinese and Asian entrepreneurs. The spirit of both projects lives on in many ways, not least of which in the transformation of SoMa and in Global Foresight itself which was to become the sum of these distinct endeavors.  With the bursting of the doc.com bubble in 2000 IFTF redoubled on its core mission and retreated from the pilot projects. Ultimately, Mary took this “Do Tank,” founded during the dot.com turmoil, on its own course and in 2003 she transitioned away from IFTF to become president and CEO of the new forecasting company.

It was here that she was to write the foundational Navigating the Badlands: Thriving in the Decade of Radical Innovation. This seminal book was first published in 2004 and elucidates the methodologies used by the Global Foresight team today. Mary is currently working on a sequel that will carry its forecasts to 2040. 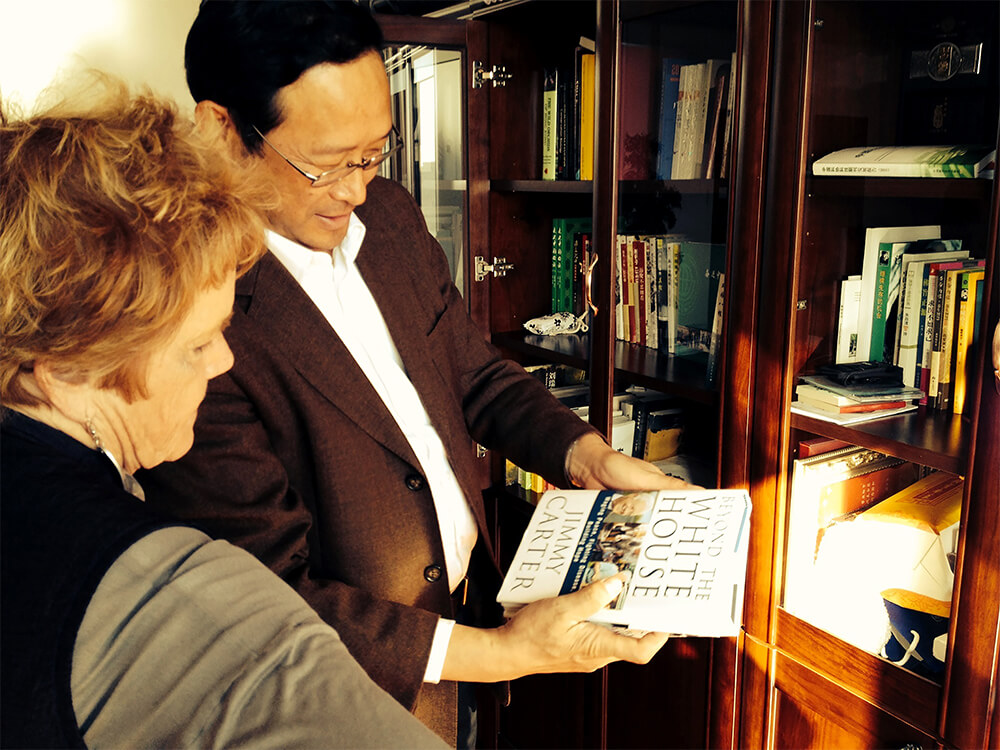 Mary with Professor Chen Zhangliang in his office in the Ministry of Science and Technology.  Chen was a  former Vice President of Beijing University, President of China Agricultural University, and a leader in Biotechnology in China. 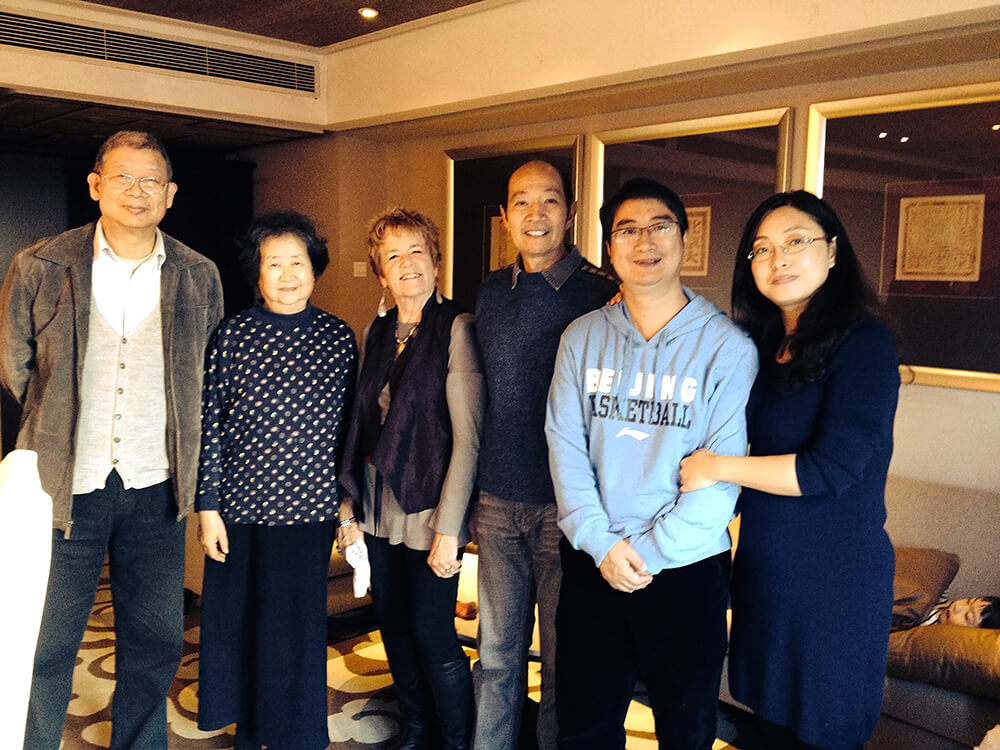 Mary’s Research Team at Beijing University; all are leading scholars and thought leaders in China. From left to right, Professor’s MaRong, also Director of the Center for Sociological Research ,Pan Naigu, Mary O’Hara-Devereaux, Liu Shiding, Liu Neng and his wife.

Global Foresight looks at the future through a variety of lenses, using disparate puzzle pieces to create a comprehensive picture. This allows organizations to discard decaying assumptions and strategies and adopt plans that will lead to sustainable growth.

Mary and her team offer a rich suite of services designed to help leaders and organizations “make sense of the future”. The team’s collective cross-industry experience and in-depth knowledge from working in 66 countries on 6 continents ensures clients have access to the world’s leading future forecasting services and to pragmatic, strategic design and development.

Seeing the future does little good if we continue business as usual; Global Foresight’s mission is to help leaders to not only see, but do; to not only know, but act.

“Current leaders are mismatched to the issues and needs of the times. It is imperative we create new ones capable, courageous and innovative who can lead us out of the Badlands. Especially now as we approach 2020 and experience the rise of toxic leaders, we need to cross these ethics wastelands.”

This approach allows leaders not only to survive uncertainty and tectonic shifts, but to be alchemists and make use of the incredibly rich opportunities that are open to those with the foresight and ability to innovate strategically and aggressively.

In these times of unprecedented change, knowing the likely outcomes of decisions made in the present will help leaders to make the best choices for success in the future.

Today Global Foresight continues to offer a vital service to leaders in the global community: an honest and insightful analysis of our current state of affairs leading to a clear forecast of what is to come over the next decade and beyond. 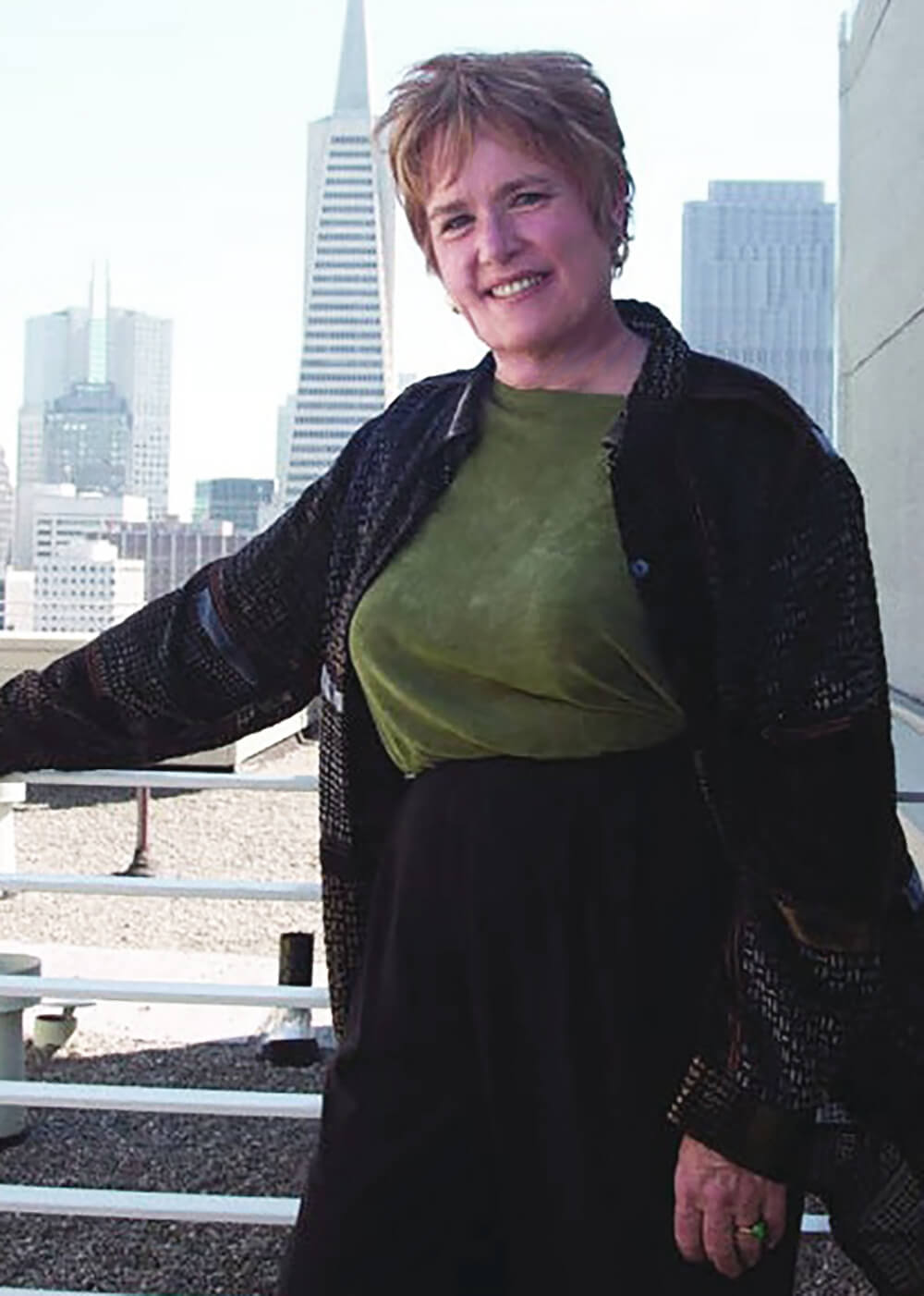