As a result of China’s one-child policy, most members of the Me Generation were raised in a starkly different social and family environment than any of their forebears. The “ME”s grew up during China’s most intense period of economic development. Those born in the early 1980’s have only vague recollections of the struggles that marked China’s political and economic opening.

They saw Hong Kong return to China; they witnessed the birth of the Internet; they saw television change from a state-controlled entity to a diverse medium blossoming with foreign content. They saw the government provide protection for private property, invest heavily in science, technology, and space exploration, and revive and invest in China’s strong historic value on education.

Optimistic and economically privileged in comparison to previous generations, “ME”s are the first Chinese conscious of social classes and the desire to ascend within them. Their exposure to (and interaction with) the rapidly-changing world and its events, ideas, and products affords them relatively sophisticated perceptions and opinions. They have borne witness to China’s massive movement of rural peasants to cities and the attention to the growing income gaps.

The “ME”s teenage years were impacted by the market economy taking hold and the advent of reform and privatization. They have some memories of the “Iron Rice Bowl Breaking” — their families’ grappling with the impact of major reforms in housing, education, and social welfare from the stories they have heard. They perceive technology as critical to their future success (living virtual lives and tethered to their cell phones) and have a hybrid political ideology that blends capitalism with strong nationalism. 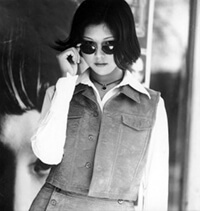 They are a very patriotic generation. Although they are the first generation to have widespread global exposure and connections, they are still strongly influenced by growing up in a very traditional Chinese family and society.

Many say they identify with various social and environmental concerns. Fierce competition and a flood of new job types have made them appreciate the necessities of a good education — an undying Chinese value. They place high value on good grades, and attending university overseas is a strong desire in this generation.

The “ME”s realize that, unlike previous generations, their parents cannot remain their role models. Each of them must create a new and very different identity if they wish to prosper in the new China. Their values match the challenges they will face: individuality and uniqueness were first shaped by being only children and, later, encouraged by exposure to Western culture. Open-mindedness, innovation, and creativity are supported by the knowledge that China will experience radical changes and many discontinuities from its past.

Optimistic about their future, “ME”s are anxious to move away from home and start independent lives that differ from past generations. They are very Chinese and hold strong family values and values about when and with whom to marry. With a firm understanding of the expense of raising a child, most are planning on having one child.

The ‘Me’ Generation Today 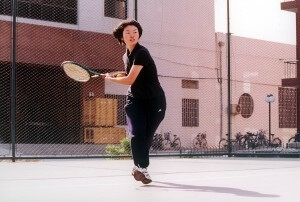 As adults, some now over 30 years of age, the “ME”s seek a balanced life between family and work, leisure and responsibility. They entered their working years as China entered the WTO, bringing with them expectations that their country will become an important and increasingly lucrative part of the global economy. They are confident and competitive at work and seek opportunities in global companies to further develop themselves.

This is a Generation still evolving as the second cohort is 13 to 20 today. Their identities and values are still being formed in today’s China. They will share some of the early cohorts characteristics but will experience and be shaped by some of the constraints and challenges facing China to continue its path to the world’s leading economy and an equal political partner on the global stage.

All of the “Me Generation” has a strong zest for success and drive to be global citizens. They have an optimistic future and, despite global and Western exposure, will remain very Chinese and nationalistic.