Nothing if not adaptive, members of the Cultural Revolution Generation have been forced to adjust to a continuous stream of major changes that have impacted their lives at almost every turn. The oldest were born three years before the founding of the People’s Republic of China in 1949 — at the beginning of Mao Zedong’s dream — and the vast majority were mainly poor, hailing from rural families banded together to create cohesiveness.

Strong supporters of Mao Zedong, they lived through many of the trials and tribulations of communism in China. These include the collectivization of agriculture and breakup of family farms; the drive to increase steel production by melting plows, pots, and pans; the Great Famine; and ten years of the Cultural Revolution (1966-1976), in which schools and universities were closed and families were relocated.

Many educated city dwellers and university students and professors were sent to rural areas for years to be “re-educated” by the peasants. They followed closely the persecution and trial of the Gang of Four in 1977, and Deng Xiaoping’s reforms that continue, even today, to reverse Mao’s economic and social initiatives. 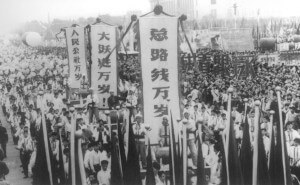 Because they were teenagers during the social movement for which their age group is named, the Cultural Revolutionaries differ from other generations in their lack of education. A decade of anti-intellectualism coincided with their teenage years, and most joined the labor force immediately thereafter, in jobs with state-owned enterprises (SOEs).

Despite Deng’s economic reforms, most continue to hold these traditional SOE jobs despite the changing economic times. These workers chose to enter the labor market rather than return to the universities and are now suffering from the unemployment caused by SOE reforms. They face daunting difficulties in order to retrain for a market economy, as well as life with small or no pension as an elder in a rapidly changing social and economic environment. As a result, they project their unrealized dreams and anticipations on their children, though many are themselves moving away to find better jobs.

It comes as no surprise that the vast majority of the Cultural Revolutionary Generation’s outlook is cautious, and at times, mistrustful. Most are painfully aware they will have to struggle and adapt all their lives with few resources, and many have begun to experiment with new social practices. Those who can, for instance, are trying to consume and do as much as possible to compensate for years of deprivation.

But within this generation are the elite, the leaders that built today’s modern China and dominate power today in the government and military. Not necessarily formally educated, they are ‘street smart’ and are accomplished leaders. Until the last decade, few had much outside experiences and most did not speak English. They have self-taught management and business skills and see the value of education. This has resulted in strong policies of education development in China at all levels. 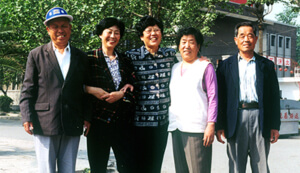 They are the majority generation now in the government, military, and vast SOEs, and occupy most of the highest positions. A second elite stratum are proprietors who achieved success in the private market in the 1980s instead of seeking employment in SOEs. They are rich, own a significant amount of real estate and live very well. They are interested in creating wealth for themselves, and ultimately, all of China. Most Cultural Revolution members are relatively poor. They remain wary from many decades of being victims of China’s changes and resist consumerism, maintaining their thrifty consumption patterns.