Born into large, extended families during the years of severe turbulence and material shortages which marked the late 1950s and early 1960s, the Recovery generation has always had lukewarm feelings towards communism. Its members saw several seminal political movements and events, from the Three Year Famine that resulted from the Great Leap Forward (1958) to the June 4 events in Tiananmen Square in (1989), that deepened their disenchantment.

As young adults, they became disillusioned when the Cultural Revolution was harshly criticized, and the Gang of Four tried and sentenced. As children, the Recoveries had few material possessions and often experienced hunger. Unlike their older siblings in the Cultural Revolution generation, they collected few of the promises and many of the failures of major communist initiatives.

Such an upbringing seeded in them strong feelings of tradition and deep cultural roots. As parents themselves, they struggle with China’s one-child policy, contrasting it with their own memories of family life and close ties to parents and grandparents. Their young leaders were iconoclasts and re-thinkers whose ideology was — and is — socialism with a democratic flavor. 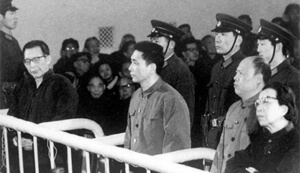 Members of the Recovery generation are somewhat less educated than those in younger age groups, given the poor state of primary and secondary education during their school years. Most passed through school before the major reforms of the 1980s. Despite this, or because of it, they contributed greatly to education’s revival as advocates and participants.

A few fortunate members born after 1960 entered universities in the late 1970s and early 1980s, just as the Cultural Revolution’s closing of higher education was reversed. A very few number of them were able study abroad in America and Europe. Those who returned to China are elites and occupy advantageous positions in business, governmental, and academic hierarchies.

The Recovery Generation’s older members entered the labor force during the initial ten years following Deng Xiaoping’s open door policy, taking advantage of the opportunities provided by China’s reformed market structure. They benefited from the vast broad-based manufacturing industry. The majority has had careers in SOEs or the government, and because few are well educated, advancement is difficult. They had and still have stressful lives. They are focused on their children’s education, saving for the future, job security, and maintain very traditional social networks.

The small numbers of innovators among them became the pioneers of this new economic wave, workaholics trying to seize every opportunity for upward mobility and personal security. 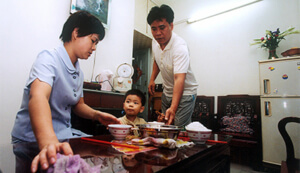 These educated innovators of the Recovery Generation are now becoming the economic, political, and cultural leaders of China. Influential in understanding and assimilating some Western culture, these innovators, in contrast to their less educated counterparts, are patient, well-educated, and continue to be watchful to build a résumé that will see them dominate the coveted leadership positions in China’s government.

Making up for lost time, The Recovery Generation is experiencing a consumption revolution, possessing the internal psychological drive to compensate for their non-material past and the purchasing power to become high-level consumers. They desire a more modern lifestyle and more fun.