Two philosophies and two behaviors are the bedrock of Chinese culture, and, to ascend to opportunity, one must have a working knowledge, understanding, and acceptance of these fundamental pillars.

Last time we discussed Confucianism and Taoism, two major philosophies that have centuries-deep roots and continue to exert great influence. Face and Guanxi, two behaviors born of these ingrained belief structures that underpin Chinese culture, will be discussed here:

The Importance of Face

The term “saving face” may have made inroads into American parlance but it is far more than a turn of phrase in Chinese culture. Face is paramount; people are always aware of situations and are conscious of the potential for saving or losing face. It is their reputation, dignity, honor, their prestige, their integrity. 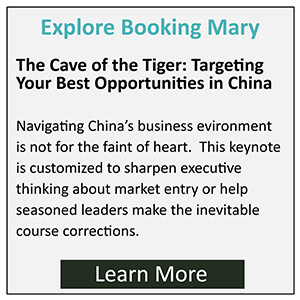 It is the view of you through the mirror of other people’s eyes. Relationships are paramount in China, so how you are perceived is of the utmost importance.

In 1934, renowned Chinese writer Lu Hsun wrote, “But what is this thing called face? It is very well if you don’t stop to think, but the more you think, the more confused you grow.” Indeed, face can be a difficult concept to grasp, but it is essential that we do so because it is one of the top motivators for behaviors in China. Not only do individuals have face, so too do organizations and countries. Every behavior is strategic and calculated as people are conscious of not wanting to lose face, but also of desiring to get and give face.

It is very well that you do stop to think and pay attention to both yourself and your Chinese counterparts. Are we in a situation where face is at risk? Might it affect my face or theirs? Where are we on the face dimension? What behaviors are driving this?

You might get face for public comments, for having people look up to and admire you, for having people of higher titles recognize you, reward you, or simply have dinner with you. It lends you greater prestige, higher status, and builds your persona and your ego. Losing face, alternatively, decreases your prestige and rank. It may come from insults and criticisms in public, not giving an elder or someone in a higher position due respect, losing one’s temper, or showing excessive emotion. It also can come from saying “No” too directly.

How to Apply the Concept of Face

The concept of face becomes evident in a variety of business situations, particularly negotiations. The Chinese avoid saying, “No,” for instance. This is a way by which they avoid losing face, or causing you to lose face. They may say, instead, “This is inconvenient,” or “This is difficult to avoid.” In a context in the US, you might take that to mean further negotiating is warranted. In Chinese culture, you must behave as though you’ve heard “No.” Learning the ways that Chinese say “No,” without ever uttering the word is critical so you do not lose, or cause others to lose, face.

This behavior is deeply embedded in Chinese culture. This is, essentially, how things get done. Guanxi describes the pervasive network of personal relationships that are built on trust and, most importantly, mutual benefit. Guanxi in action defines the expression of Confucianism and Taoism; it focuses on social connections in which reciprocity is integral, and there is mutual obligation, a sense of good will, and personal affection. It is not a monetary relationship but one in which tasks are accomplished or objectives moved forward by the sharing of information and favors.

Intricately woven with Confucianism, Guanxi emphasizes harmony and balance. If, for instance, you are to give a gift, you do not want to give more than the recipient can give back. Likewise, you do not want to receive favors or gifts that are beyond your scope to return. This is to ensure balance and moderation is maintained. Reciprocity is an overarching theme throughout Guanxi, and, indeed, the way through which each relationship is built. Relationships have a strategic nature; people use one another all of the time. They will use you; you will use them. It is important to adjust to that and recognize that it is a cultural norm.

You Are Who You Know

Your Chinese counterparts will be very aware of with whom you are connected. Before a negotiation, for example, they will look at who is on your team, at what their connections are, what their statuses are, where they fall in the hierarchy. They are going to decide, based on this, if you are worth negotiating with, and they will staff their negotiation team with people who are at your level.

It might be tempting, then, and seem like a winning strategy to solely cultivate relationships with those at your level or higher. This, however, is not effective. Relationships and networks need to reach up, down, and across organizations so you can get, and give, help when needed. In government, especially, having that relationship with those lower down can help you achieve specific goals or drive initiatives. These connections are strategically built, and this takes a substantial investment of time and effort. The return on that investment, though, is a network that can help you become more effective.

The Dark Side of Guanxi

Guanxi can have more nefarious connotations, particularly in today’s China: it often breeds corruption. One of the unintended consequences of the Cultural Revolution in the late 1970s has been the loss of trust among people as it became too extreme. One powerful type of guanxi that developed during that era sowed the seeds of corruption that is still embedded today. It has left China with a troubling legacy of dark side guanxi. Where it is prevalent it is incompatible with honesty. It has and can lead to poor worker safety, pollution, bribery, and corruption. These issues do not, however, negate the critical importance of building guanxi in the first place.

Guanxi is a multi-dimensional concept, and it is a completely different language, if you will, that even those fluent in Chinese can find hard to speak and comprehend. There are rules thousands of years in the making. The strategic imperative for anyone going to China to work is to build the right guanxi, and avoid the black hole of ill-begotten connections or over-reliance on relationships.

Confucianism, Taoism, face, and guanxi are the four pillars of Chinese culture. Much has been built on this foundation, and certainly the load has been made much greater in the last three decades with rapid economic growth and globalization, but these pillars still stand and continue to support and influence every aspect of life and work in China.